Started by Vhearts · 1 Replies
Reply to this topic


The BTS ARMY turned out for “BTS Permission to Dance The City,” blanketing the Strip in dance party vibes, light “bombs,” TinyTan, and buckets of tears (of joy). 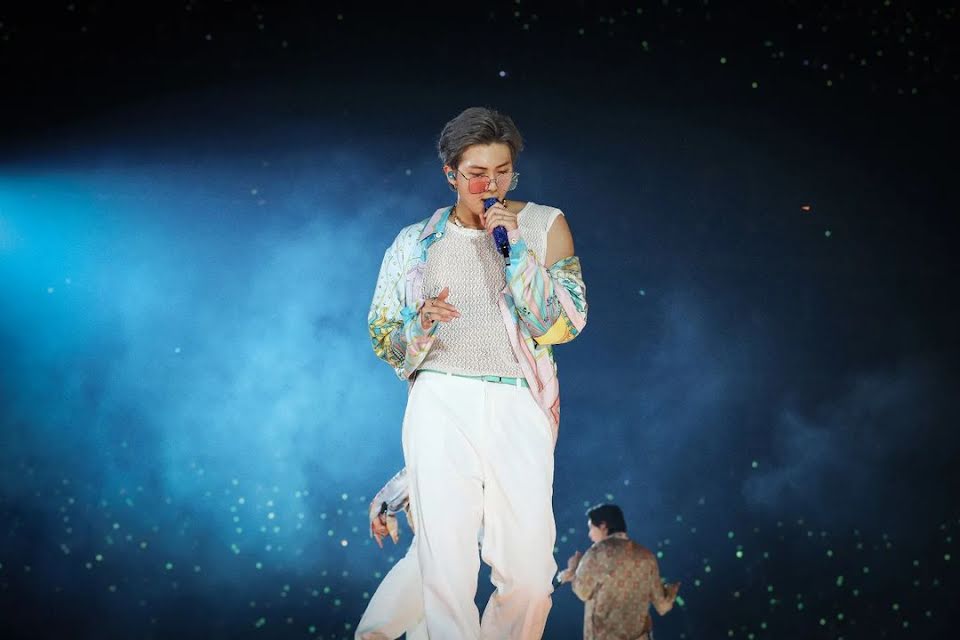 In both Seoul and Los Angeles, BTS fans understood that the “Permission to Dance” concerts would be unique. Las Vegas came out swinging for the BTS ARMY with a never-before-seen takeover of events building up to the weekend's live performances on April 8 and 9. If you haven't seen BTS live, you're missing out on an unequaled experience. 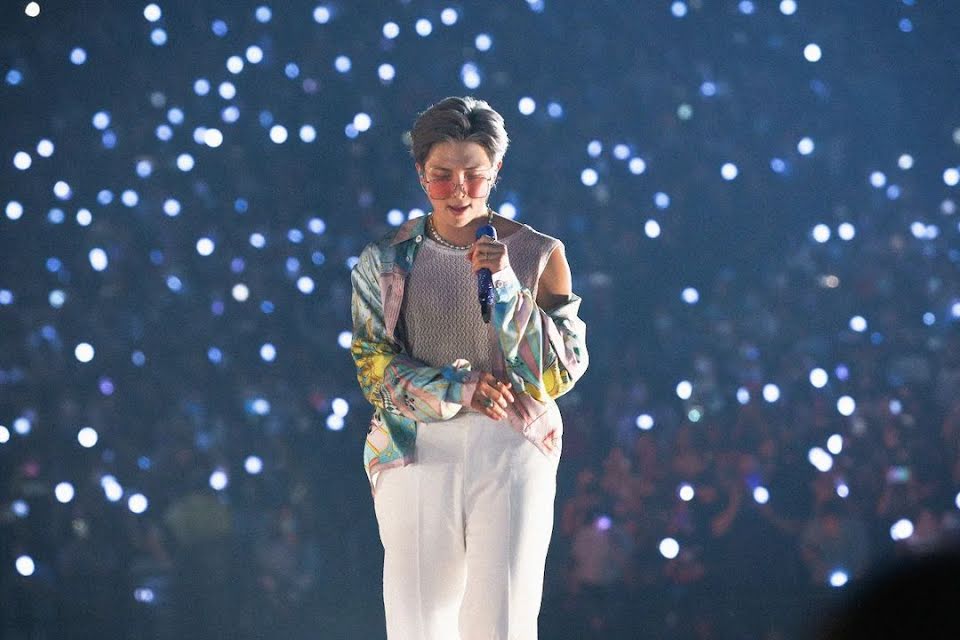 “Tonight is a very wonderful night,” BTS member RM remarked during the encore on April 9. Then there's the BTS 50,000-ARMY concert... My first vacation to America was at 15. The latest destination was Las Vegas in 2009. But it was the neon, the lights, and the people's faces that stood out. So I said, “When I grow up and have money, I'll absolutely go back and enjoy Las Vegas.”
“It feels funny because at 15 I was considering quitting music and returning to school,” he said. I never expected to return and spend time with all of my great pals. Thank you for making my return to Las Vegas so special tonight. And to the 15-year-old RM, “Your life and your future Las Vegas will be amazing.” 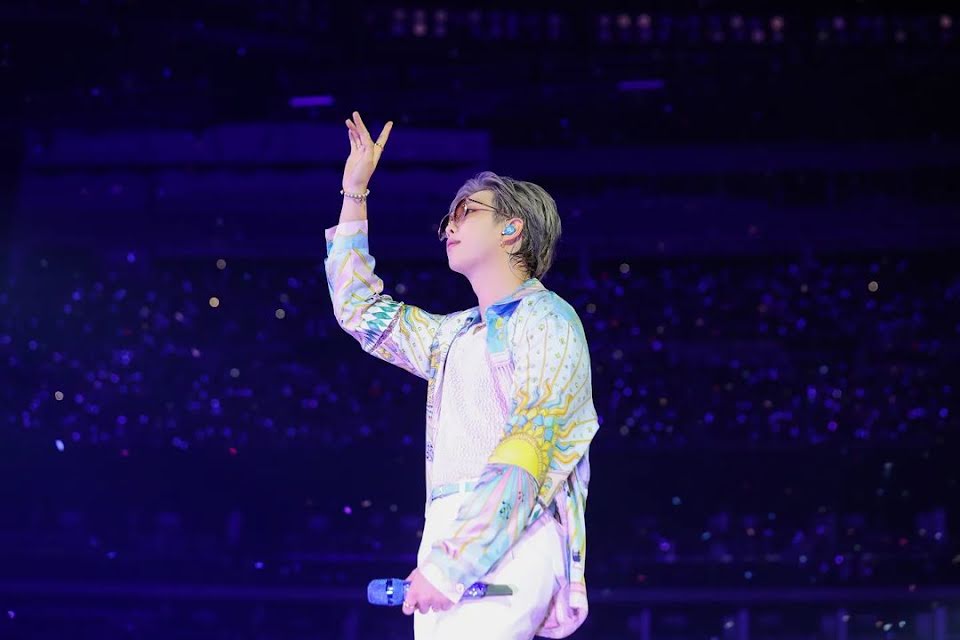 The crowd got their wish as BTS' “Permission to Dance” let them to feel the music for two and a half hours. While the pace and content of “Permission to Dance” appeared to be unchanged, the experience remained transformative and new for the global audience. Videos for "Dynamite" and "Butter" aired at 7:30 p.m., when a sea of ARMY bombs (light sticks) became purple. Then came “VCR,” a video vignette depicting BTS as prisoners in an interrogation room, escaping their chains and freeing themselves – permission to dance? Possibly. 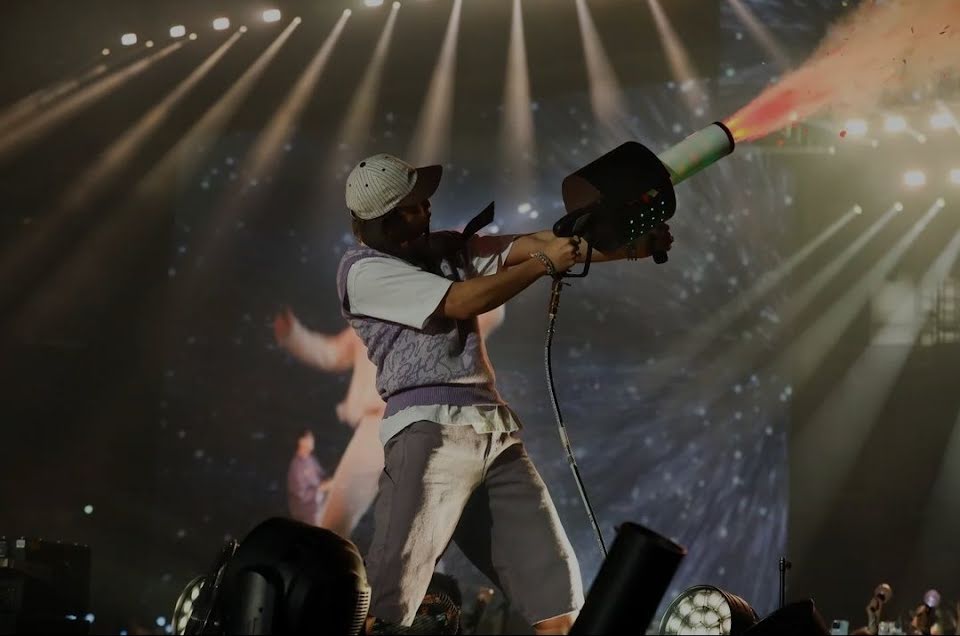 Act One began with BTS performing songs like “On,” “Fire,” “Dope,” and “DNA” in red and white tracksuits. For “Fire,” dozens of white light sticks turned crimson across the stadium.

The seven-member gang plays pool, dances, and hangs around in “VCR 2” before returning for the show's dramatic second act. Act Two feels like the beginnings of the “Permission to Dance” credo, with the crowd swooning, yelling, and adoring every chord. 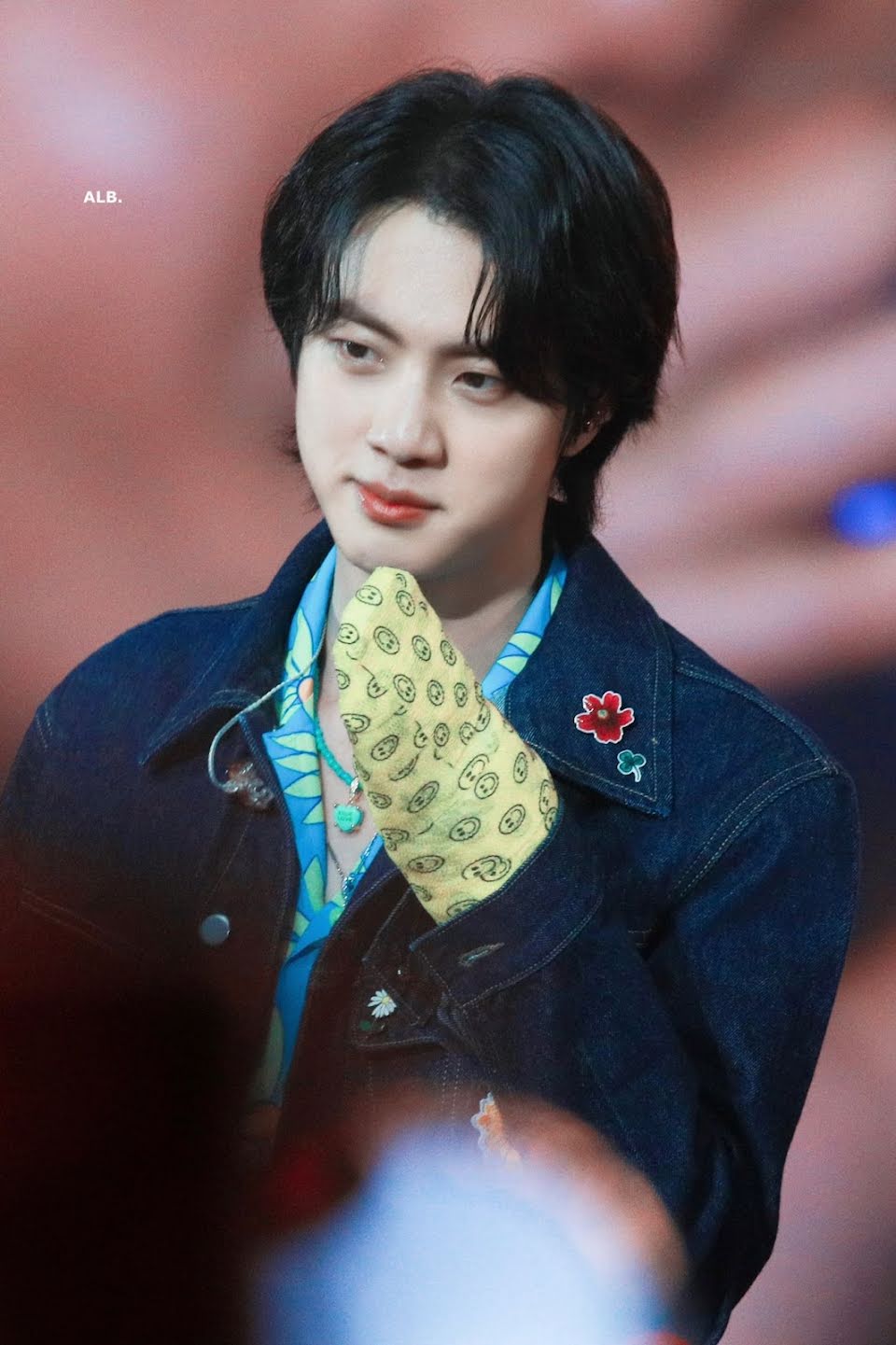 The gorgeous and sad “Black Swan” engulfed the stage as the big ensemble of dancers wore plumed sleeves. Feathers drifted through the air as the movement surrounding the band members became more pronounced. Last but not least, “Fake Love” was positioned in front of a lush sculpture of outstretched hands blossoming into a lotus.
In “VCR 3,” BTS is in a hotel room, planning a big party, when they discover magic. In the video, a rainbow confetti rains down on the audience, tying the screen to real-life delight. 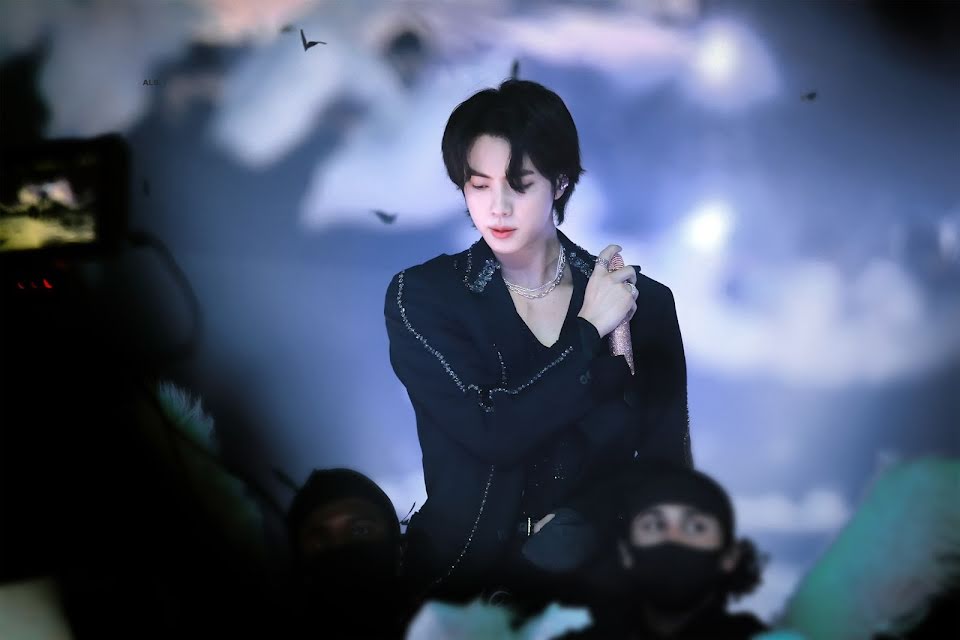 Act Three features BTS's biggest US songs, “Dynamite” and “Butter.” The band's exaggerated dancing steps reminiscent of Saturday Night Fever matched the carefree lyrics, as did the pyro and explosions that punctuated all the important moments. J-pink Hope's fedora wowed. 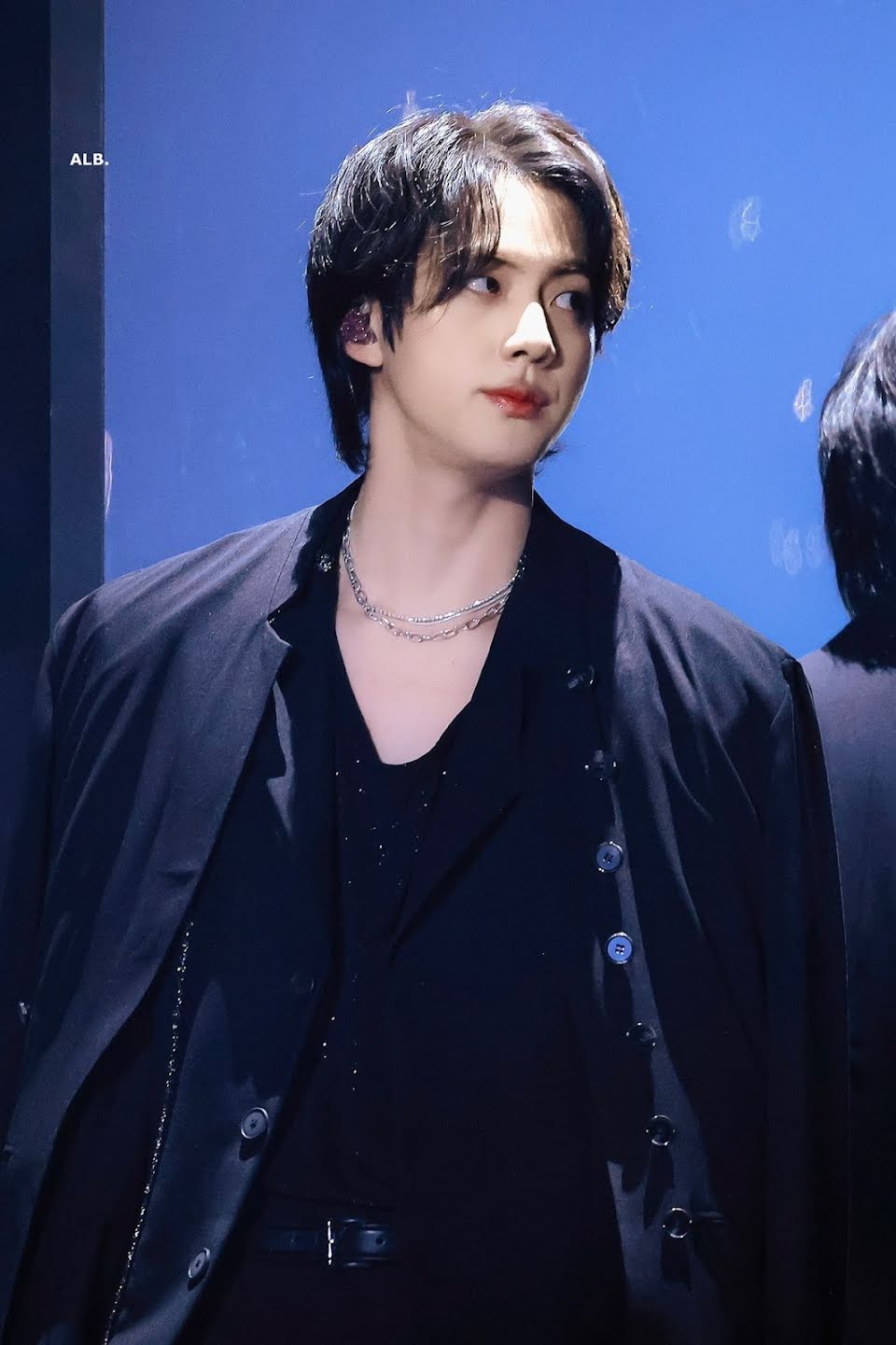 With two orange construction lifts atop encapsulated purple balloons, the band circled the audience to provide fans a close-up view of Suga, J-Hope, RM and Jungkook. During “Wings,” the crowd showered flowers, plush animals, and other gifts. 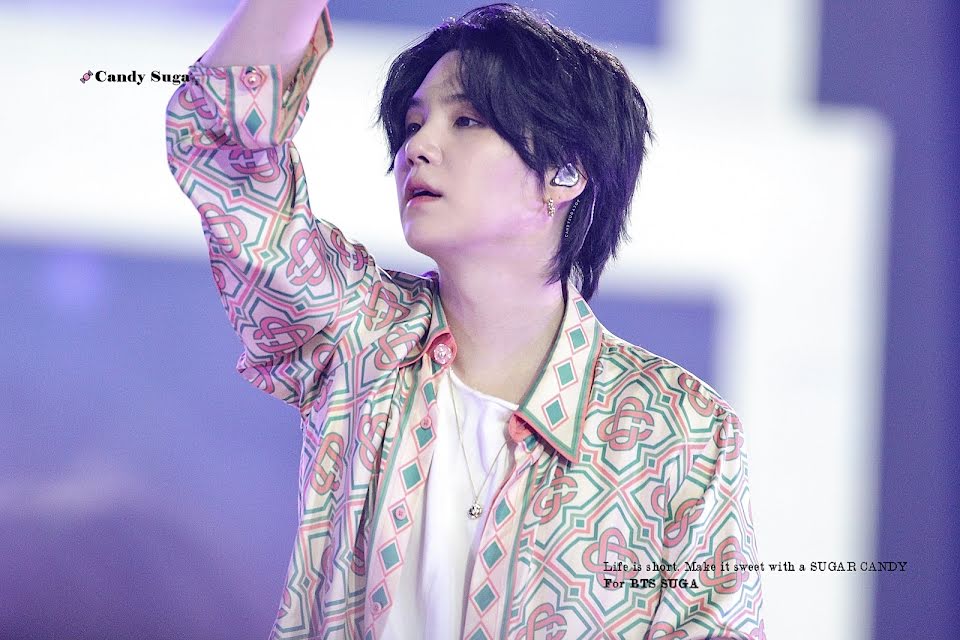 During the 30-minute encore, each BTS member addressed the crowd. The most notable change between Saturday's and Friday's shows was the encore. “Home,” “Airplane 2,” “Silver Spoon,” and “Dis-ease” closed up Friday's show. Anpanman and Go Go were the highlights of Saturday's show, before giant luminous orbs floated through the stadium for the closing song "Permission to Dance." 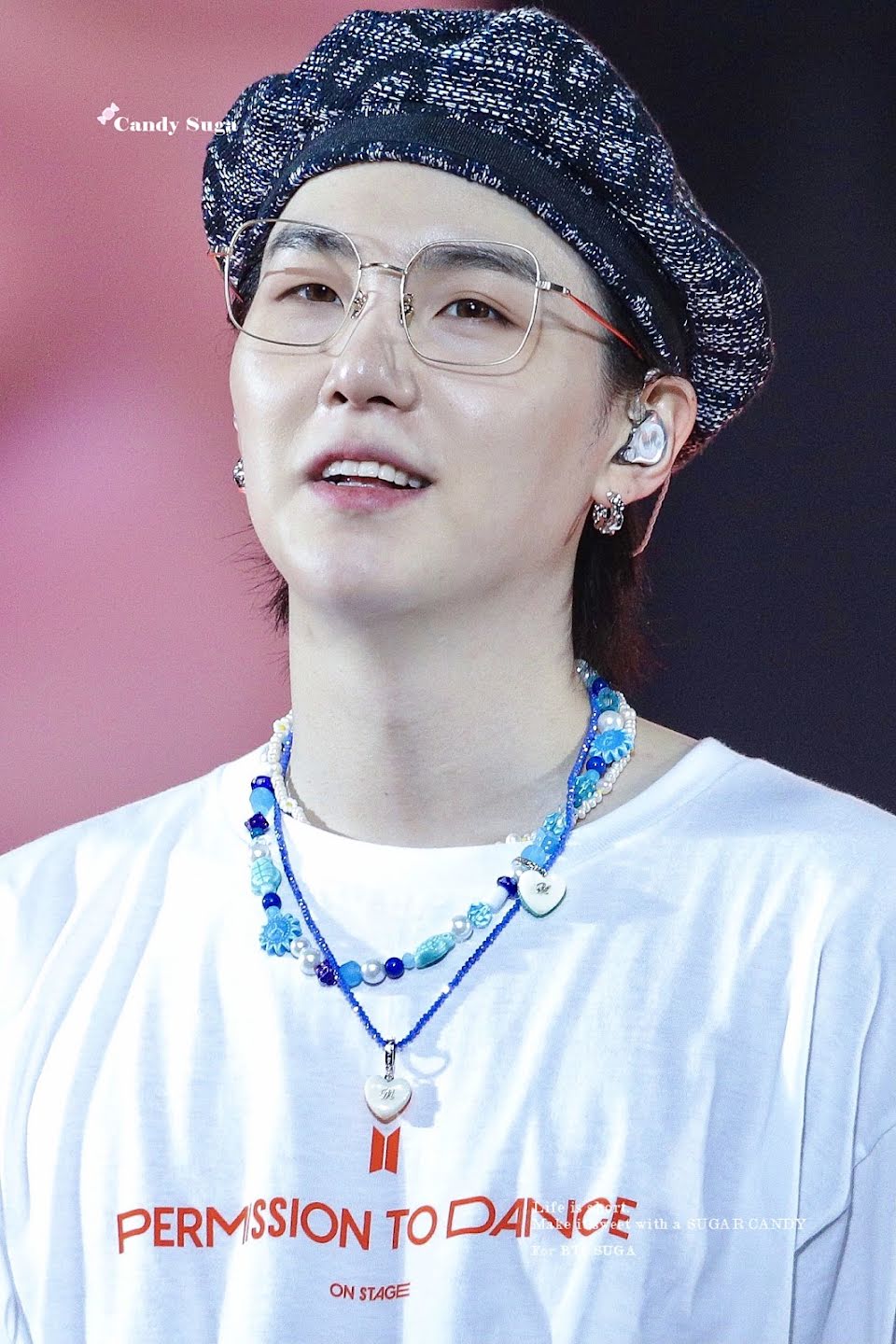 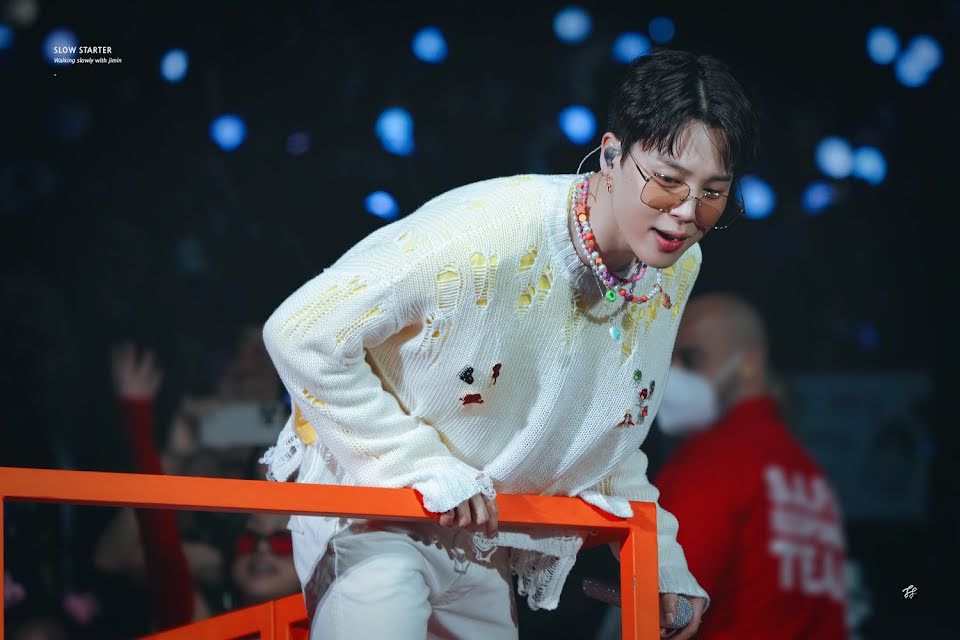 Not only is the supply chain for rainbow confetti intact, but so is the need for band-related content.

On the business side, “The City” expands an artist's IP beyond retail and meet and greets into new territories.

The idea of a “urban concert playpark” delivers an immersive fan experience with activities before and after the shows. Las Vegas is the ideal testing ground. 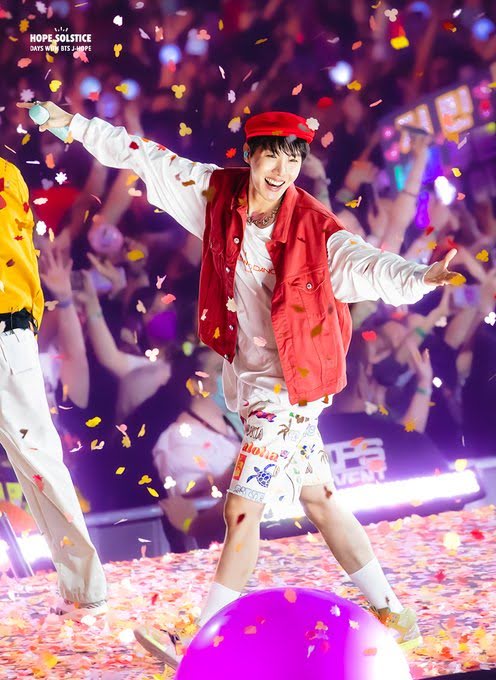 MGM Resorts has partnered with BTS' management company HYBE to offer BTS-themed rooms at 11 hotels along the Las Vegas Strip and BTS-inspired cuisine at the CAFÉ IN THE CITY. “Butter” and “Dynamite” are included in a new water show at the Bellagio. 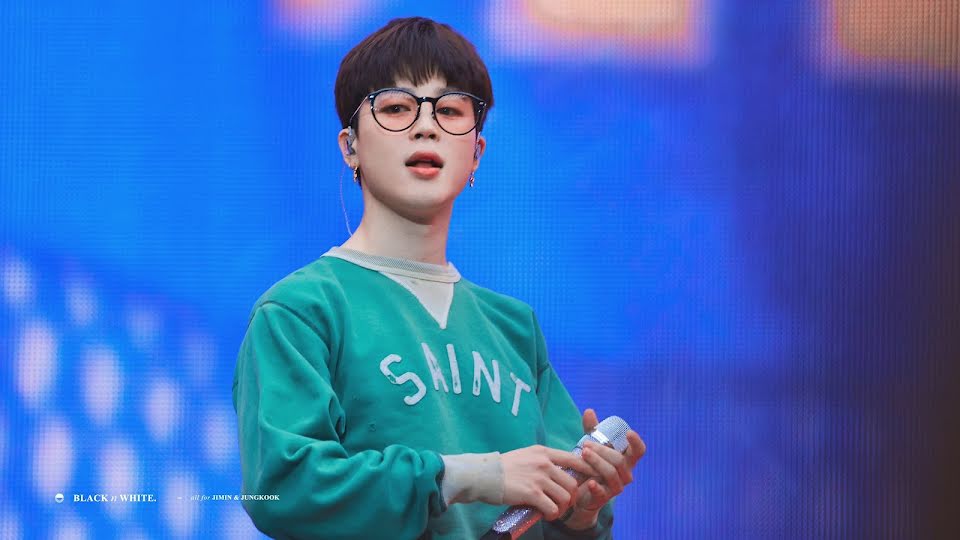 ARMY entered “BTS Pop-Up: Permission to Dance,” a free ticketed immersive journey through the band's history, music videos, and experiences with special goods, at Area 15, an art and entertainment destination off the Strip. Also, for $25, you can see behind-the-scenes photography from the creation of “Permission to Dance.” 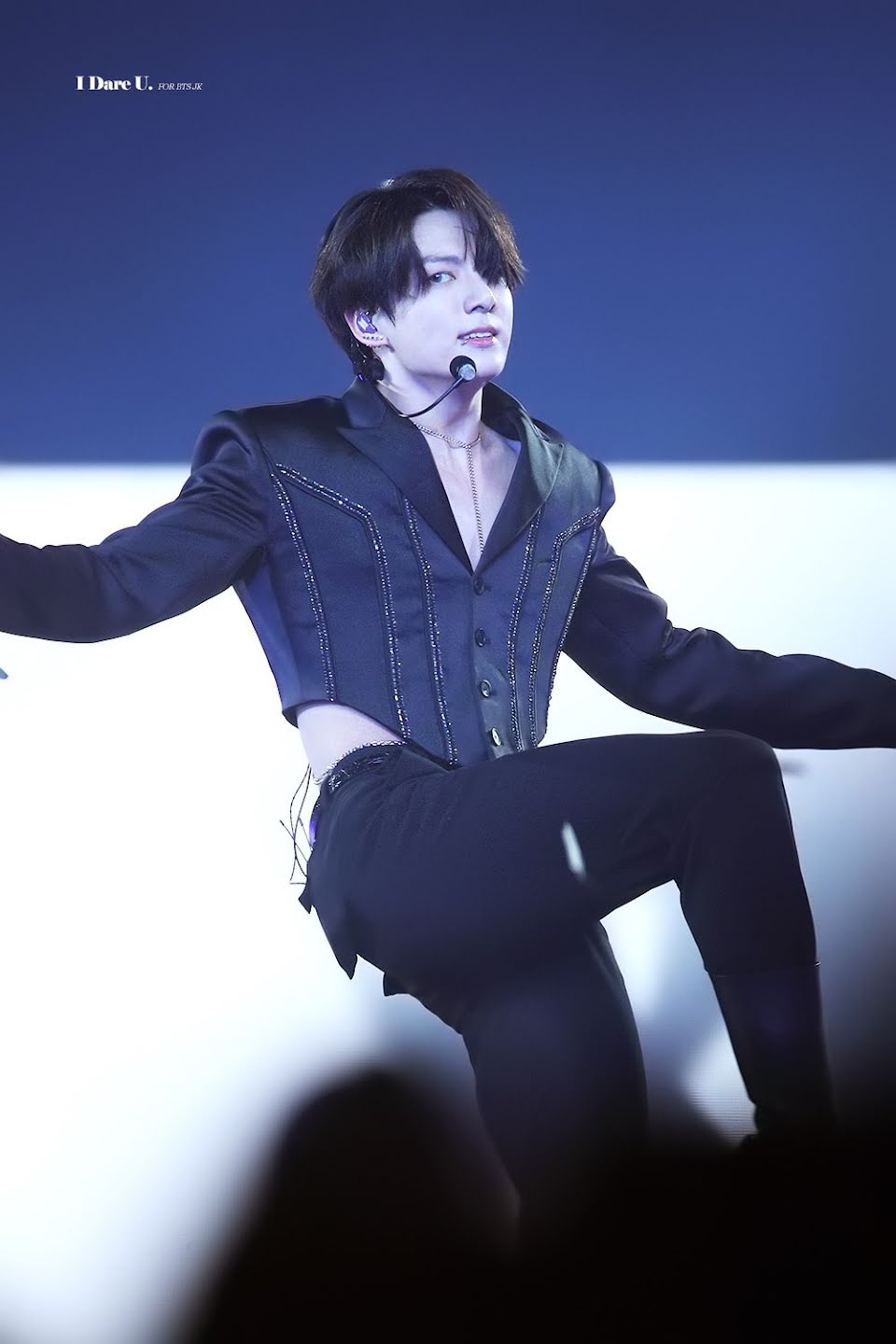 After the rainbow streamers settle, BTS returns in concert on April 15 and 16 with a livestream event on the closing night.

I LOVE BTS
You guys had a great performance, ARMYs will be touched!

Are you sure that you want to delete this post ?

Thread was successfully added to your timeline!

File size error: The file exceeds allowed the limit (5 GB) and can not be uploaded.